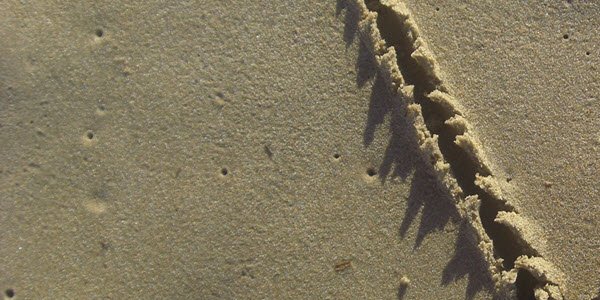 Have you ever suffered abuse or Trauma from a close relative or family member with mental health conditions? Only to be told, either by other family members, relatives, friends or sometimes even therapists and counsellors- that they are ‘Not well’ and that their behavior cannot be helped, as they have a Mental Health disorder.

Maybe they have bi-polar or borderline personality disorder, or Narcissistic personality disorder, even PTSD. I am not for one minute trying to say that these mental Health conditions do not exist or that they should be ignored, dismissed, overlooked, or misunderstood.  They need to be treated, resolved, healed and handled with care, and of course there are certain allowances that can be made, knowing and understanding these conditions.

But could it also be possible that sometimes people can use these conditions to ‘Act out’ and even act in abusive and possibly even dangerous ways? This can not only cause harm to themselves but the people around them and close to them? This can also create another unhealthy situation where people around them may even begin to enable them, by allowing the unhealthy patterns to continue without any real resolve.

As I said I am not saying that people with these disorders are purposefully acting in difficult ways-no way am I saying that. But it is possible if these conditions are not resolved and constantly being ‘worked upon’ and healed, then they can have devastating effects on other family members and their own children and intimate relationships also.

My question is- how much do we excuse and make allowances for?  Or is there a time when we need to ‘draw the line’ with these possibly destructive tendencies?

To put all of this in context, I would like to share my own experiences in dealing with this, and what I have done to protect myself.

I have two close family members who have borderline personality disorder-one has been diagnosed, the other has not. One also has symptoms of Bi-polar and narcissistic personality disorder. I want to start off by saying that I love both family members dearly and I know that they have both suffered abuse and trauma in their own childhoods, that have contributed to these illnesses.  I also am healing from my own mental health disorder -PTSD; and I must be honest- a huge chunk of my own trauma has been directly caused by the abuse directed at me from my own family members.

I have tried in every possible way to get them the help that they need, and to support them in the best possible way to get well again. I’ve tried to learn as much as I can about their conditions. I’ve been patient, when inside I’ve been so hurt, and angry by how I’ve been treated at times. I’ve listened, I’ve given advice and suggestions. I really feel like I have tried everything. But the truth is, that this has really affected my own mental health and stalled my recovery; due to the pressure from society, family and friends to excuse their behavior- due to the fact they are ‘unwell’ and need the family support at all costs.

But at what cost?  My own abuse started from a young age; and although it was emotional and psychological in the early stages and up to recently- it has hugely affected every area of my life; from my career to my intimate relationships, my friendships and my health. For a long time, I felt like a ‘Victim’ and perhaps in my younger years I was- as I was reliant on my parents for my survival, food and shelter- so I couldn’t really control what was happening to me then back then. I was unaware of healthy family relationships. I was even unaware into my adult years that I was indeed the victim of psychological and emotional abuse. The point I am making, is that as a child I may have been a victim, but now I am fully aware that it is up to me to protect myself and break these unhealthy family patterns, and create strong and healthy boundaries in all my relationships, whilst continuously healing my self- worth issues. I am not a Victim anymore.

Families can be very complex. Full stop.  As dysfunctional my own was at times- it was also full of Love, laughter and creativity. Both my parents are highly creative, well read, well educated, and resourceful. We had an ‘Alternative style upbringing’, but in many ways I wouldn’t change a thing.

I’ve since learned that my parents were wounded too. They both had their own lives before myself and my brothers and sisters came along, and both had some very traumatic and difficult situations to face in life. Back then, it was never encouraged to resolve these things- maybe in America it was (where having a therapist, is as common as going to work)-but in Ireland and the UK-definitely not! In fact, in Ireland-everything seemed to be ‘Swept under the Rug’, and maybe that’s why now we’re in a big mess!

Abuse seemed to be commonly ‘swept under the rug’, and hushed and silenced. Many people believe this was the Catholic Church’s influence. I believe it was also that my parents’ generation did not know how to deal with these traumatic issues, such as abuse, mental illness, etc, as they were not spoken about-but shamed and hidden, and so, the ‘cycles’ seemed to continue, as they were often left unresolved.

My parents, as much as I love both of them have never really faced the unhealthy patterns within the family. They did not protect us from the abuse and bullying that we endured growing up. Their approach was to run from it, tell us to ignore it and eventually medicate it. So, the root cause of these patterns was never really resolved. Nothing was ever discussed in a healthy way as a family, it was avoided at all costs and believed that medication would fix everything.

Throughout these years, my sister’s behavior became more destructive and often chaotic. There are patterns that I have become more aware of in the last few years.

From her addictions and self-destructive tendencies, and all of the chaos that went along with that, it was clear that she needed help and some sort of intervention. The situations became more worrying, more intense. But there was never any responsibility taken, or family intervention, it was ignored, as if this would just make it disappear- and if I dare mention that I was worried, or that she needs to sort herself out- I would better prepare myself for what would come next!

The verbal and emotional abuse would start. Message after message of the most cruel and hurtful stuff, and everything I had once confided would be thrown back in my face. This could go on for days, even weeks.

And so- I tiptoed on egg shells for the last twenty or so years; and with the situations becoming more destructive and worrying year on year.

I had to distance myself at times, as it used to get so bad that my own mental health would suffer and I would be unable to move forward in any way with my own life. Then the pattern was that a certain amount of time would pass, and next came the ‘Love-bombing’, telling me how much she missed me, convincing me that she was going to AA, that she was doing yoga, that she was starting a new job, and was on the right path- my parents would pressure me and try to convince me that she was trying really hard to sort herself out, and so I would give her another chance and another; or there would be a family event that I would either not attend-therefore feeling completely ostracized-or the times I did attend- everything once again was swept under the rug and never discussed and the façade would just continue. But there was never an apology, never did she take any responsibility for her behavior.  And this was the crux of the issue-how she treated people- friends and family alike.

And so, it continued for many years, all throughout my twenties and thirties. I often neglected my own needs and my own relationships, and spent a lot of time just recovering from these traumatic situations.

For the last five years, I have done a huge amount of inner work and healing. I have had to learn to re-parent myself. I have had to learn how to get in touch with my own needs. For so long, I honestly had no idea what my needs even were. In fact, I had lost touch with myself. I had developed various coping mechanisms that had almost out a veil around my true identity. I had walls up that nobody could get through. I really did have to re-build my whole self and my identity. Learning to trust and open up to people has been really challenging, but I am getting there, and learning to re-connect again.

One of the most important things I have done is to create ‘Healthy boundaries’ in my life. I’ve had to write down all the ‘Non-negotiables’ and really be honest about my relationships. Are they healthy relationships or not? Are they affecting my health in a positive or negative way? How many chances am I prepared to give? When is it time to draw the line? These questions have been life-changing for me. They’ve gotten rid of the confusion, and the pressure that I was feeling from my family and friends and they’ve helped me to simplify and become clear about my needs and what is right and healthy for me.

And so-for now I have to ‘draw the line’ and say enough is enough-it’s time to walk away for the unforeseeable future-not an easy decision, but a necessary one.

I know that my sisters’ conditions are an illness and that she deserves healing. I still pray for her and that one day we can have some sort of relationship again. But I need to allow myself to heal properly and to find some sort of healthy balance and joy in my life, I deserve it. I am excited about my life again, and all of the possibilities before me.

I have learned that no matter what we must all take responsibility for our lives. We cannot continuously go through our life blaming other people- and excusing our actions, even if we have a mental health disorder. There comes a time when we must make a choice to look at our lives, and take responsibility to change for the better, otherwise these unhealthy cycles continue and often get worse.

I would not have allowed anyone else to treat me the way I have been treated. I would have walked away long ago -yet because it’s my family, I’ve been convinced by society that no matter what I must keep my relationship going and be there No matter what- family is family right!?  But abuse is also abuse.  It’s up to me to protect my own mental health and to focus on my own happiness. I will need some extra support myself, as this is not an easy decision; and it feels like another loss in my life. I am grieving as I wish I could have had that sisterly relationship- but I will keep an open mind and heart that when my sister can take responsibility and stick to proper therapy, then of course I will reconsider. Maybe this is what is meant by ‘Tough Love’? It doesn’t come easily for me to have to do this, but I deserve to find my own happiness and stability, and focus on my own family with my daughter, and to share my gifts with the world. So ‘I’ve drawn the line’, and maybe just maybe that can also be the catalyst for my sisters healing.